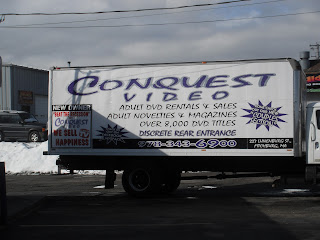 Growing up, my father bought donuts every Saturday morning.  Over the years I became somewhat of a donut connoisseur as my dad brought home donuts from various chains and bakeries as part of his Saturday ritual.  My favorite Saturdays were when my father traveled to Florida on business and returned with Krispy Kreme donuts.  Back then, Krispy Kreme’s were considered a great delicacy, as the Northeast had no Krispy Kreme franchises. 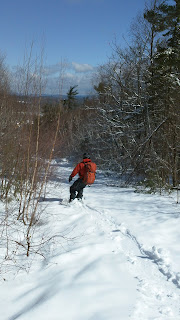 In recent years, donuts have lost some of the appeal they used to have to me as I gravitated toward a healthier lifestyle.  I had not thought much about donuts until my girlfriend moved within close proximity of a Dippin Donuts.  My initial forays to Dippin Donuts began innocently enough by just going through the drive through for coffee.  In the beginning I chose Dippin Donuts over its competitor Dunkin Donuts (which was less than a half mile away) due to the significantly shorter line for the drive-through.  By choosing Dippin Donuts I saved myself five minutes or more every morning. 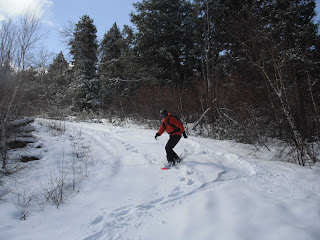 Tim working off the morning’s feast

A week or two after my first few trips to Dippin Donuts, I got to the drive-though and noticed that I had forgotten my breakfast.  Lacking breakfast and being in a hurry to get to work, I ordered two chocolate frosted cake donuts and never looked back.  The donuts that you get from Dippin are a far cry from the warmed-over afterthoughts of pastries that other chains try to pass off as donuts.  At Dippin Donuts you receive good old fashioned hand cut donuts and they are delicious, I assure you.  As time passed I found myself “forgetting” breakfast more and more often as I sampled all of the styles that Dippin had to offer, finding each style more delicious than the next. 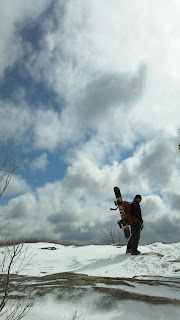 Luke near the summit

Sadly, my girlfriend moved to a new apartment far from any Dippin Donuts (on a positive note she moved in with me).  Being far removed from a Dippin Donuts has been hard, as I find myself craving a chocolate frosted cake donut from time to time and have difficulty finding a donut capable of satisfying my craving. Luckily, last season Luke found a Dippin Donuts on the route we take to ‘The Stash.’  Once again I found myself “forgetting” breakfast and being “forced” to stop on my way to ‘The Stash.’ 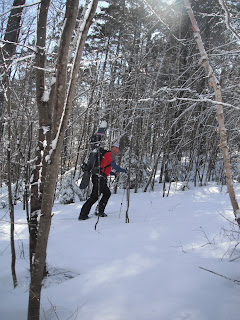 Tim hiking up; it looks more like winter than spring

The best part about the Dippin Donuts that Luke found (pay attention and you, like me, will find yourself wondering how Luke “found” this place) is that it is in a strip mall with an “adult video” store and a tattoo parlor.  You can imagine the diverse traffic that this little gem of a strip mall attracts.  If the line for the drive-through is long, no big deal – just sit back and people watch. 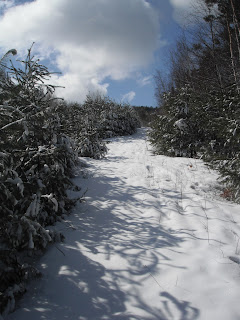 Just last week I had posted my Closing Out the Stash piece as I thought I had made my last trip there for the season.  Mother Nature had other ideas, though, blessing us with four inches of snow, just enough to provide adequate coverage for one more day at ‘The Stash’ and one more trip to Dippin Donuts.  Honestly, I don’t know what I am going to miss more: the skiing or the donuts.