Too Early For Apres? 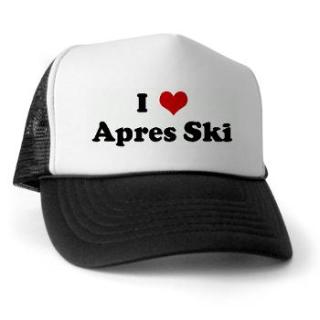 The other night Ashley was cleaning up old messages from her cell phone as I poked through the latest Ski Journal, when she noticed a slightly disturbing trend from this winter: as the season progressed, my apres ski times got earlier and earlier.  By the end of the season it was almost a given that I would be stopping for at least for a beer, if not for the day, before noon.  Judging by the writing of some of those texts, some days I am pretty sure I pursued my apres activities with more fervor than my skiing.
The only thing I can think of  which would have propagated this disturbing trend – other than a love of beer and ski culture – is the enormous amount of time I spent resort skiing this season.  More than just resort skiing, I spent an inordinate amount of time skiing at Mount Wachusett.  Not to knock Mount Wachusett (it is a great little mountain and the perfect local option), but being forced to spend as much time there as I did this season made it more than a little boring.  In fairness, there are only so many times you can do the same six runs in a day.  For what the mountain lacks in terrain, it makes up for in the bar.  In addition to the great bar, you can get beers in plastic cups and bring them outside, a great option on warmer days (almost everyday was a warm one this winter another factor for this season not being entirely productive).
Let’s face it: I tried to make the best of a bad season, so much so that I put on a brave face, skied a bunch of days, learned to alpine ski, taunted anyone who tried to tell me how bad this past winter was, and spent some quality time with my girlfriend as she mastered snowboarding.  However, the lack of days in the backcountry, especially the fact that we never got any local backcountry riding in, left a hole in the season for me.  So in the quest for days on snow, and in an effort to make something out of nothing, I dragged myself to the mountain a lot, regardless of low motivation or lack of psych.  Some days, this lack of psych drove me to the bar early and often.
This facade of stoke, and digging deep for motivation was a little unsettling.  In seasons past I have been a first-to-last-chair type of skier.  Most days I would even show up early to skin a lap before the lifts started spinning.  I planned the majority of my work schedule around the pursuit of sliding on snow.  Often favoring night shifts to day so I could enjoy skiing under the sun before heading to work.  So it was quite a shock when I started leaving the mountain early to grab a pre-work shower (something that, in seasons past, I commonly eschewed in the name of more pre-work turns).  It was even more unsettling when, on my days off, I was finishing up my day skiing on the mountain around noon.
The best thing about backcountry skiing is that it makes you appreciate the turns you get.  In past seasons when I rode the lifts, I truly appreciated the amount of runs I was getting because I knew the amount of time and sweat it would have taken me to get that many without their benefit.  This season, without the backcountry laps I feel like I took the convenience of resort laps for granted.  Furthermore, instead of being psyched to get in some easy runs, I fell victim to the trappings of the ski mountain.  I could not help myself against the siren call of the mountain’s fire stoked bars and warming huts.
With ski season coming to an end, let’s hope for a better winter and a more productive ski season next year.  I know that I could certainly use the fitness I had at the end of last winter.  What a surprise, drinking is not as healthy as skiing.  Also, drinking at the mountain is expensive… so not only did those midday beers add a few winter pounds, they also lightened my wallet.  Cheers!

← Views From the Road, Part 2: A Note to Pedestrians
Hunger →